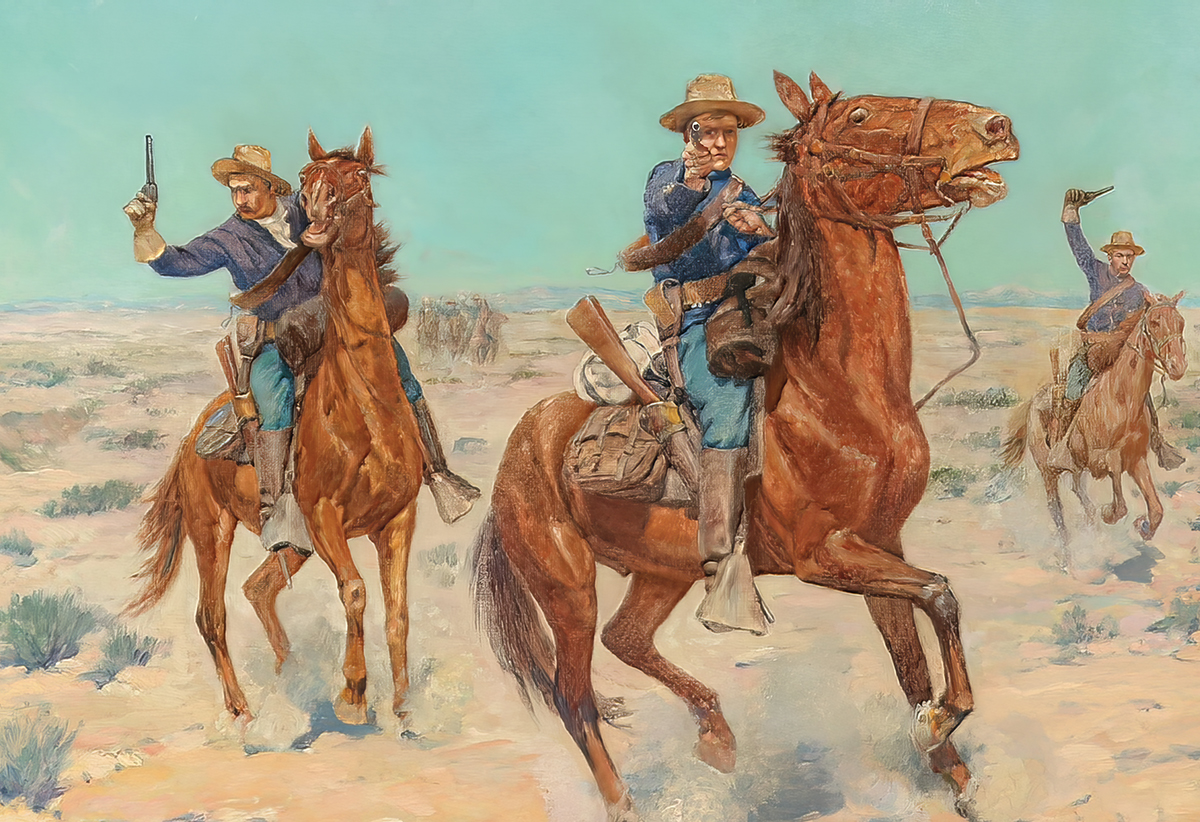 So much of how the Gilded Age is viewed and understood has been shaped by what has been written about the activities and experiences of those living in cities, particularly those cities in the Northeast. However, there were an entirely different set of experiences and activities taking place during the Gilded Age that were as big as the West itself and every bit as important to both the development of the nation and the shaping of the American Character.

The Flagler Museum’s 2023 winter exhibition The American West During the Gilded Age will introduce and consider those aspects of the American West during the Gilded Age that were important to both the development of the nation and the shaping of the American Character, including: the role of railroads in opening up the West, Native Americans of the West, the impact of the Homestead Act, Mountain Men and the importance of the fur trade, the role of the US Army in the West, the development of Cattle Ranching, the importance of mining in the West, the West as entertainment, the development of the National Park System, the growth of the Nation as 11 states and massive amounts of land were added to the Union, and the Lawmen and Outlaws of the West.