Refreshments at the Flagler Museum 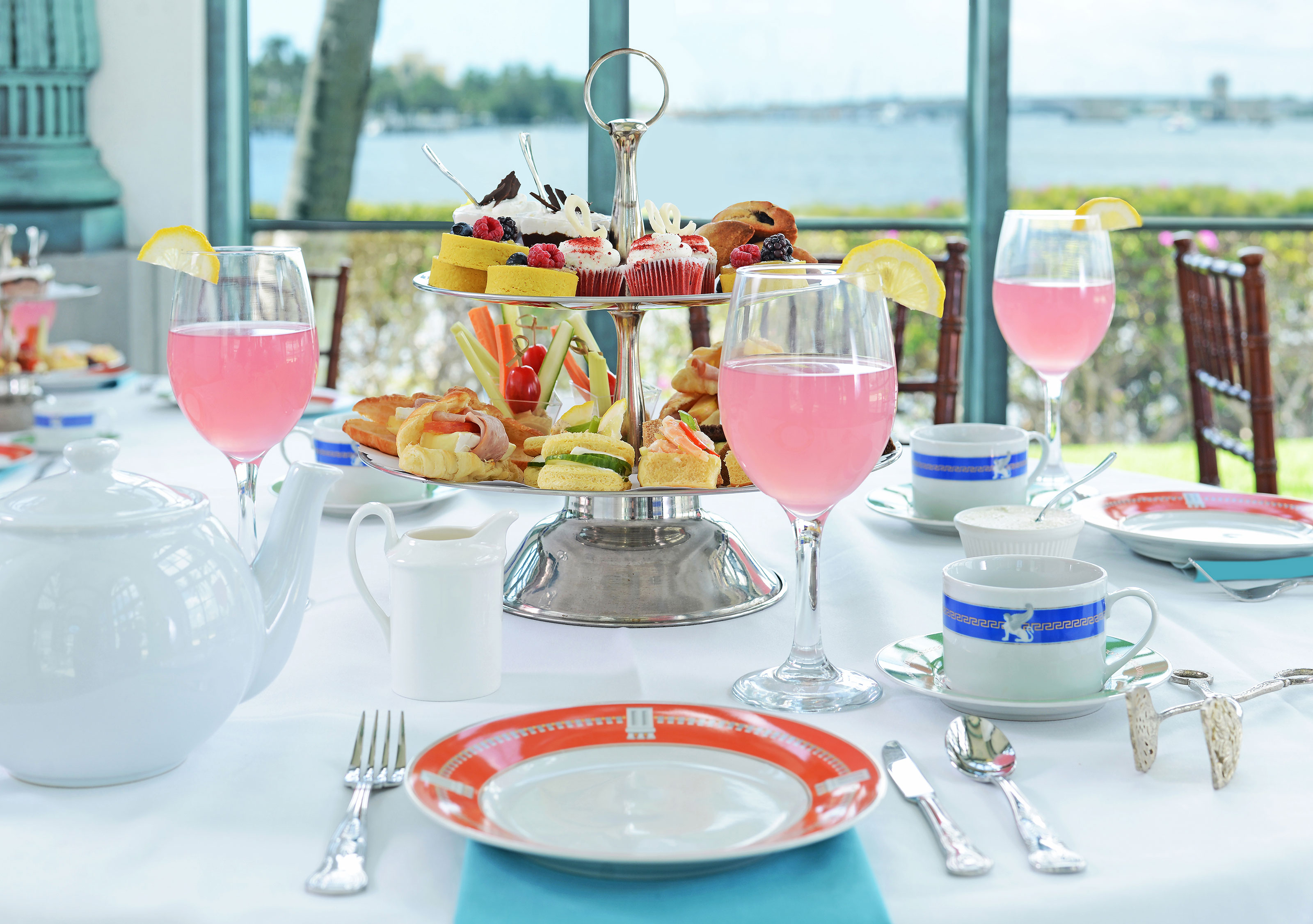 The prix-fixe menu includes a selection of savory tea sandwiches, traditional scones, and sweets, complemented by the Museum’s own Whitehall Special Blend Tea™ and pink lemonade. Each table is set for service on exquisite Whitehall Collection™ china.

The Café des Beaux-Arts hosts its tea service inside the Flagler Kenan Pavilion, which evokes the ambiance of a 19th-century Beaux-Arts railway palace. The Pavilion's floor-to-ceiling glass windows provide guests with a spectacular view of Lake Worth and the City of West Palm Beach skyline.

PICNIC by the Café des Beaux-Arts

Tuesday through Sunday
Noon to 3:00 pm

The Museum's PICNIC menu is available for purchase in the H.M. Flagler & Co. Museum Store, adjacent to the Cocoanut Grove. Enjoy PICNIC provisions outside in the Cocoanut Grove, where tables and chairs offer respite in the shade of palm trees. Menu options include a Tuscan Grilled Chicken Sandwich Box, Charcuterie Platter, Hummus Box, Lavender Cookies, and our Poinciana Cupcake. Beverage choices include lemonade and iced tea from Harney & Sons. Menu is subject to change. Prices range from $3.75 to $16.95. Seating is available on a first-come basis. Reservations or pre-orders are not required.

A Brief History of Tea

Gilded Age Americans saw themselves as the most highly evolved western culture in history. Because of this mindset, they felt free to borrow traditions and rituals from previous great western civilizations including ancient Rome and Greece, Italy, and the nation's former ruling power, Britain. One of the most cherished and ritualistic traditions observed by Americans during the Gilded Age came from Britain – the practice of afternoon tea.

While the drinking of tea dates back to ancient China, the practice of taking a formal afternoon tea dates back to the early nineteenth century. In 1840s England, Anna, the Seventh Duchess of Bedford, began inviting friends for tea and cakes in the late afternoon. As dinner was not customarily served until 8:00 p.m., the interim light meal provided a respite from the "sinking feeling" many upper-class women felt during the long wait between lunch and dinner. The tradition of the tea gradually developed, reaching its height of popularity during the Gilded Age.

The fashion of serving afternoon tea evolved into a complex ritual of formality and etiquette. The event could be a simple "Low Tea" of scones, sandwiches ("savories"), sweets and desserts – commonly known as "Full Tea" – or the affair could be very elaborate with meats, cheeses, butter, bread, sandwiches, scones, and desserts known as "High Tea." The equipage of tea also evolved to suit the formality of the event. Kettle drums, mote spoons, tea strainers, bone china cups and cozies all added to the enchantment of the ritual.

The etiquette of the afternoon tea was part of the refined American's indoctrination into Society. Edith Wharton frequently mentioned the practice of having tea in her many literary works set during America's Gilded Age. Both the 1884 book, Manners and Social Usages, and the 1898 book, The Well-Bred Girl in Society instructed young women in the art of serving a fine tea. Everything from baking the proper pastries, to setting the service, to boiling the water ("just enough so the oxygen does not leave the water") was covered in these primers.

Tea was always served loose, necessitating the use of mote spoons and tea strainers. However, when in 1908 New York vendor Thomas Sullivan sent samples of his tea to customers in silk bags, the tea bag was "invented". The commercial production of tea bags in gauze began in the 1920s, and by 1935 the familiar string-and-bag format with the logo of the tea maker was an American staple. American renditions of the popular drink were also invented during the Gilded Age, including the first iced tea which was served in 1904 on a hot summer day at the World's Fair in St. Louis.

ATTENTION: We are experiencing technical difficulties with some reservations. Please call (561) 655-2833 Ext. 10 if you have any issues with your purchase. 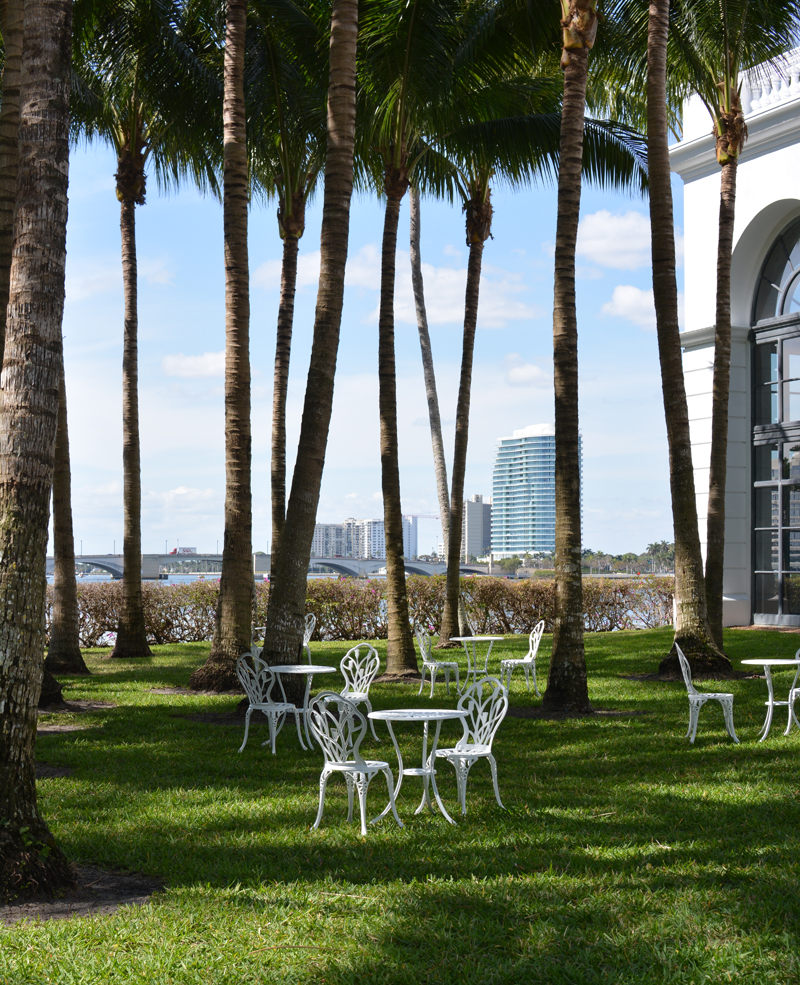 PICNIC in the Cocoanut Grove: Enjoy the breezy shade and sparkling views of Lake Worth and the City of West Palm Beach skyline. 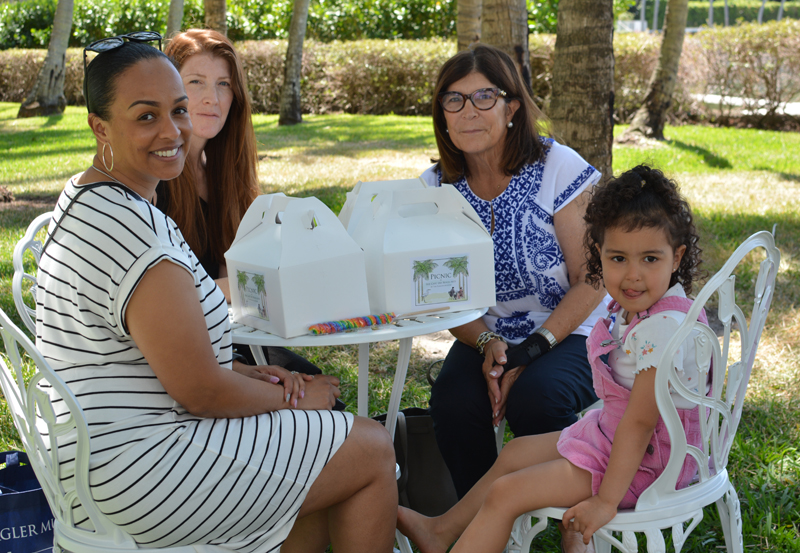 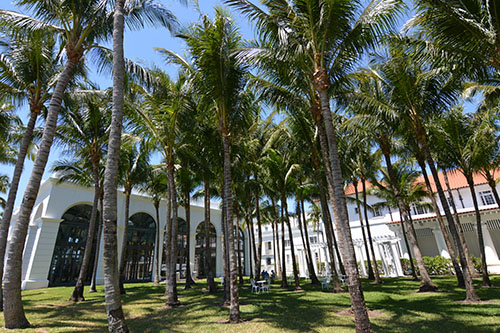 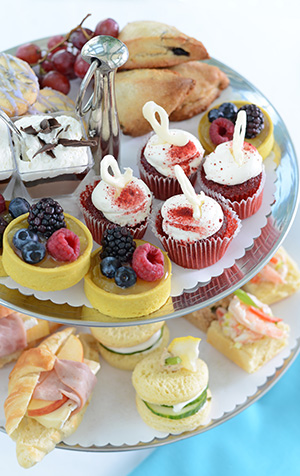 Our signature Gilded Age-style Tea Service is served by the Café des Beaux-Arts inside the picturesque Flagler Kenan Pavilion. 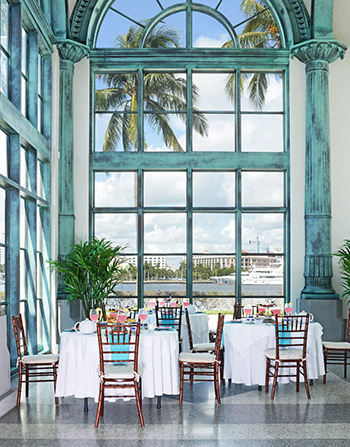