Bluegrass in the Pavilion 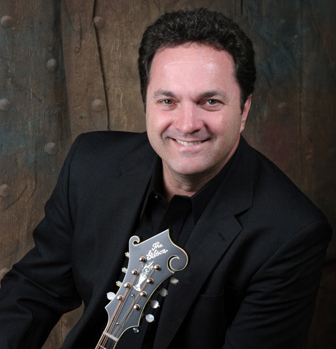 The award-winning Larry Stephenson Band has been entertaining audiences for 30 years including their numerous performances on the Grand Ole Opry, RFD-TV and headlining festivals and concerts all across the US and Canada. The group is led by Virginia Country Music Hall of Fame member and 5-time Society for The Preservation of Bluegrass Music in America (SPBGMA) Male Vocalist of the year. They also inducted Stephenson into their Hall Of Greats in 2018. With numerous IBMA and SPBGMA nominations and awards, Larry records on his own label, Whysper Dream Music.

While Larry Stephenson is best know as a touring musician whose voice sets a standard of melody, clarity and storytelling, he has had an active and well-awarded recording career. Starting his recording career for Webco Records of Virginia and then 18 years with Pinecastle Records, releasing 18 albums during that period. Signature songs in Larry Stephenson’s vast catalog in that period include “Patches”, “Yes, I See God”, “Clinch Mountain Mystery”, “Many Hills Of Time”, “The Knoxville Girl”, “The Knoxville Boy”, “The Pretty Blue Dress”, “ I Should’ve Called” and “The Violet And The Rose”. 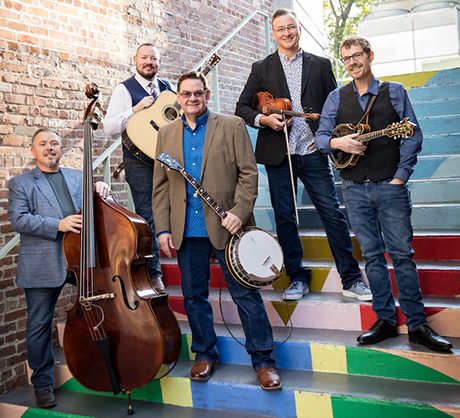 Named Entertainers of the Year by the International Bluegrass Music Association (IBMA) in 2019, Joe Mullins & The Radio Ramblers have consistently delivered chart-topping radio hits and energetic performances for nearly 15 years. The Radio Ramblers are seen by tens of thousands of bluegrass fans every year and since 2013 have become regular guests on the historic Grand Ole Opry. Their previous album, For The Record, for the Nashville-based label Billy Blue Records, was a Top 5 Billboard hit and remained on the charts for a record 13 months, producing multiple top 10 singles. Their latest all-Gospel album, Somewhere Beyond The Blue is receiving rave reviews with the first single, “Hear Jerusalem Calling” nominated for Gospel Recorded Performance by the IBMA. In addition to band leader duties, Joe Mullins is an award-winning radio broadcaster who can be heard daily across the globe via Real Roots Radio and is also host of the syndicated radio program Front Porch Fellowship currently on over 200 radio stations worldwide. Most recently, he produced the IBMA’s Album of the Year, Industrial Strength Bluegrass for Smithsonian Folkways Recordings. Joe Mullins & The Radio Ramblers have generated an in-demand following on the national scene, allowing them to be one of today’s most heralded torch-bearers in mainstream bluegrass and gospel music.

The Flagler Museum’s Bluegrass in the Pavilion program is a Recipient of a 2018 Event of the Year Special Award Nomination from the
International Bluegrass Music Association.