In its 18th year, the Whitehall Lecture Series is dedicated to offering lectures of the highest quality. The Flagler Museum is host to speakers from prominent museums and universities around the country, experts in architecture, history, fine arts, decorative arts, and historic house museums. The Whitehall Lecture Series provides a detailed look at America's Gilded Age and its influence on history and culture. What better place to rediscover America's Gilded Age than at the home of Henry Flagler, Standard Oil founding partner and the man responsible for establishing agriculture and tourism as Florida's leading industries and Palm Beach as one of the world's great winter resorts. 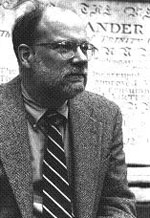 John Steele Gordon -Economic Historian and Author
A Thread Across the Ocean: The Heroic Story of the Transatlantic Cable
February 2, 3:00 pm

The Civil War had barely ended when the Old and New Worlds were united by the successful laying of a telegraph cable that spanned the Atlantic Ocean in 1866. It was an epic struggle that eventually changed the world, requiring a decade of effort fraught with challenges and perils. John Steele Gordon brings to life this dramatic achievement, while shedding new light on this American saga. For more than ten years, John Steele Gordon has written the widely read "The Business of America" column in American Heritage magazine and is the author of numerous books on economic history. He can be heard on Public Radio International's Marketplace and has appeared in a number of television documentaries about American and economic history. 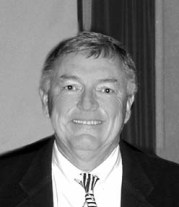 Les Standiford - Professor of Creative Writing at Florida International University and Author of Last Train to Paradise: Henry Flagler and the Spectacular Rise and Fall of the Railroad That Crossed an Ocean
February 9, 3:00 pm

In 1904, the brilliant and driven entrepreneur Henry Flagler, partner to John D. Rockefeller and the true mastermind behind Standard Oil, concocted the dream of a railway connecting the island of Key West to the Florida mainland, crossing a staggering 153 miles of open ocean – an engineering challenge beyond even that of the Panama Canal. Once dismissed as "Flagler's Folly, " it was heralded as "the Eighth Wonder of the World" – until its destruction in 1935 by the strongest storm ever to hit U.S. shores. Acclaimed novelist Les Standiford spins the peril-ridden saga of the Oversea Railroad's construction against the daunting forces of nature. Standiford has received the Frank O'Connor Award for Short Fiction and fellowships from the National Endowment for the Arts, the National Endowment for the Humanities, and the Florida Division of Cultural Affairs.

Incorporating the height of Gilded Age American technology, the Panama Canal became a an engineering and geo-political landmark. The canal's mule engines, which run on straight tracks along the top of the lock walls to guide ships through the locks, were supplied in 1914 by General Electric at a cost of $13,000. The massive lock gates can weigh up to 745 tons, but are so well balanced that they can be opened by hand by a single person turning a crank. The gates, as old as the canal itself were made by the McClintic-Marshall Company, a Pittsburgh bridge builder, between 1911 and 1914. Frederick Allen, Managing Editor of American Heritage magazine, has also been the editor of its quarterly sister publication, American Heritage of Invention & Technology since its founding in 1985. Allen has made a thorough study of the Panama Canal. 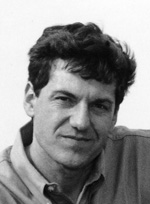 Along the quiet Jersey Shore in 1916, the serenity of its Gilded Age seaside towns was violated by an unprecedented series of shark attacks. Unsuspecting swimmers, the first adventurous aquatic athletes of their day, fell victim to this little understood force of nature. Scientific knowledge of the period was insufficient to either comprehend or combat the threat and the incidents passed into the annals of history without a thorough conclusion. The tragedies, which received nationwide attention superceding even that of a polio epidemic and the battles of World War I, continue to be the focus of popular and scientific research today. Dr. Richard Fernicola combines his own experiences with marine activities while growing up in New Jersey with exhaustive research to create a comprehensive study of one of the most amazing marine biological events in history. 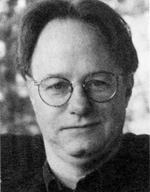 It started in 1842 with a visionary's dream to span the continent with twin bands of iron, and continued for three dramatic decades in which the United States effectively doubled in size, fought three wars, and began to discover a new national identity. From self-made entrepreneurs such as the Union Pacific's Thomas Durant and the Central Pacific's Collis Huntington, to era-defining figures such as President Lincoln, Generals Grant and Sherman, Mark Twain, and Walt Whitman, to the thousands of nameless laborers – especially the Irish and Chinese – whose backbreaking work made the railroad possible, the extraordinary tale of this monumental endeavor, incorporates an astonishing array of individuals and became the backdrop for the culture, political struggles, and social conflicts of an unforgettable period in American history. Award-winning author David Haward Bain tells the definitive story of the nation's transcontinental railroad.