Between December 2003 and April 2004, the following musicians performed at the Flagler Museum. Audio clips from some of the performances have been included for your listening pleasure. 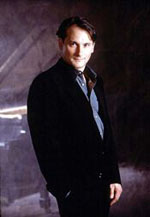 Hailed as "one of the most interesting and distinguished pianists of his generation" by the St. Louis Post-Dispatch, Christopher O'Riley enjoys a thriving concert career. His honors include top prizes at the Van Cliburn, Leeds, Busoni, and Montreal competitions, as well as an Avery Fisher Career Grant and the Andrew Wolf Memorial Chamber Music Prize. He is a favorite guest with the foremost orchestras in major cities around the world and is the host of Public Radio International's From the Top, which showcases young musicians. O'Riley has been featured on NPR's Performance Today, and he recorded the only classical album ever to earn a four-star rating from Rolling Stone, which praised his "unblinking virtuosity."

" ...(Christopher O'Riley) plays with a beauty, poetry, magnetism and individuality that are quickly addictive." - The Palm Beach Post

The Brentano String Quartet, formed in 1992, has been consistently singled out for its technical brilliance, musical insight, and stylistic elegance. The Los Angeles Times called them "one of the great musical hopes [in] a field overcrowded with contenders," while The New York Times praised them as "a first-class ensemble." The Brentano String Quartet has established itself as one of the leading quartets of its generation, winning such prestigious international prizes as the Naumburg Chamber Music Award, the Cleveland Quartet Award, and Great Britain's Royal Philharmonic Society Music Award. The ensemble has served as quartet-in-residence at Princeton University, New York University, and London's Wigmore Hall. They have performed at concert venues and music festivals around the world and have been featured on Live from Lincoln Center

"The Brentano String Quartet is surely one of the premier chamber ensembles. It sets a standard for balance, ensemble, and aristry by which other groups will be measured." - The Palm Beach Daily News 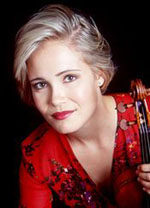 Since her London and Carnegie Hall debuts with the Academy of St. Martin in the Fields and Sir Neville Marriner in 1990 and 1994 respectively, acclaimed violinist Leila Josefowicz has performed with many of the world's most prestigious orchestras. The Chicago Tribune called her "phenomenal" and The Boston Globe hailed her "fearless execution" and "astonishing insight." She is a past recipient of the Avery Fisher Career Grant, and her first two recordings garnered the Diapason d'Or prize. Her appearances on national television include Evening at Pops with John Williams and the Boston Pops, The Tonight Show with Johnny Carson, and the NBC television special America's Tribute to Bob Hope. She performs on the 1739 "Ebersolt" Guarnerius del Gesù violin.

"(Josefowicz's) Bach was an intimate as the Flagler Museum setting; her beethoven was a journey inward; her Franck noble and soaring." 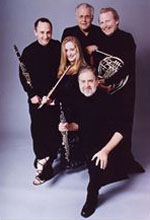 Created in 1994 by five eminent woodwind soloists, Windscape has won a unique place for itself as a vibrant, ever-evolving group of musical individualists, an "un quintet," which has delighted audiences throughout the United States, Canada, and Asia. Windscape's innovative programs and accompanying presentations are created to take listeners on a musical and historical world tour – evoking through music and engaging commentary vivid cultural landscapes of distant times and places. The Washington Post hailed them as "superb," noting that "they speak as well as they play." Windscape currently serves as Ensemble-in-Residence at the Manhattan School of Music and brings extensive teaching experience to these high-impact residencies.

Since its formation in 1976, the Ames Piano Quartet (the resident chamber music ensemble at Iowa State University) holds a unique position in the chamber music field as one of the few piano quartets in the world. Its blend of lush string and piano sounds produces an exquisite and rare sonority. The quartet has toured throughout the world and has been awarded numerous grants from the National Endowment for the Arts. The ensemble has been featured on the popular nationally syndicated radio programs The Listening Room and St. Paul Sunday and has produced numerous critically acclaimed recordings, including the Dvorak quartets, called "one of the best chamber music recordings of the century."

"one of the most heavenly combinations of instruments around." - The Washington Post