Between January and March 2006, the following musicians performed at the Flagler Museum. 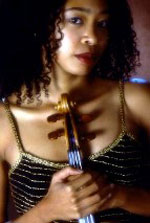 Acclaimed violist Nokuthula Ngwenyama has won numerous musical competitions, including an Avery Fisher Career Grant. She has performed throughout the United States and been featured on NPR's Performance Today, CBS Sunday Morning, and PBS's Sound of Strings and Musical Encounter Series. The Washington Post raved that Ngwenyama performed her "music beautifully, with dazzling technique in the virtuoso fast movements and deep expressiveness in the slow movements" The Los Angeles Times called her "a terrific player with a large, opulent tone whose name is tripping off a lot of tongues in the classical music world."

"Nokuthula Ngwenyama's recital in January at the Flagler Museum was another all-around high point of this season." – Palm Beach Post 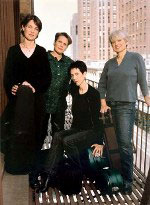 The renowned ensemble of the Colorado String Quartet is recognized on four continents as one of the finest string quartets on the international scene. The Washington Post called the group "a first-class ensemble that rises with panache to meet every challenge in the music." The Los Angeles Times said "the Colorado String Quartet presented a spectacularly accomplished performance...they are a tight, flawlessly balanced ensemble." Additional praise came from the Chicago Sun-Times, which raved "the quartet played with a brio and resonant, impassioned sound that was extraordinary."

"The Haydn piece is compelling and holds an audience's attention when played with the combination of brilliance and intensity the Colorado String Quartet brought to this performance." – Palm Beach Daily News 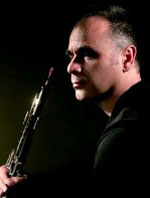 Award-winning oboist Thomas Gallant's astonishing technique and breath control have often been compared to that of the great violinists and singers. He has been praised by the New Yorker magazine as "a player who unites technical mastery with intentness, charm, and wit." Mr. Gallant has performed around the world and has been heard on the BBC, Voice of America, and National Public Radio. "His phrasing is acute, his breath control impressive, and his shifts in timbre were never used just for effect...elegantly songful," said the New York Times of Gallant's performance. The Los Angeles Times concurred, saying "Gallant plays intelligently, with remarkable agility in his high register and a special care for phrasing, allowing his instrument to sing."

"Those who made it to Thomas Gallant's performance were rewarded with one of the best concerts Palm Beach County will see this year." – Palm Beach Daily News 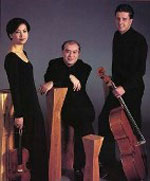 The exceptional Gryphon Trio is recognized as one of North America's premier chamber ensembles. They have performed around the world and have been featured on the CBC, NPR, Radio France, RTBF (Belgium), Radio Bremen, Hessischer Rundfunk, and Finnish Radio. The trio has also appeared on Canadian, Japanese, Korean, Chinese, Russian, and French television networks. "This is a piano trio that plays with strength and unanimity...big, bold, almost orchestral performances. The Gryphon brings bravura spirit to the piano trio," raved the Los Angeles Times. "The secret of the Gryphon Trio is their sheer love of the musical experience, a love which they communicate to their audiences with a blend of passion and ease," said The Globe and Mail.

"Few venues in South Florida offer a more civilized environment for chamber music than the Flagler Museum in Palm Beach. The Gryphon Trio's concert Tuesday night made a fine match of musical excellence in an intimate space." – Sun Sentinel

The Borealis Wind Quintet has been lauded as one of America's preeminent chamber ensembles. The highest musical integrity, irresistible energy and five-fold charisma distinguish the quintet in the chamber music field. The Washington Post praised their "sensitive collaborations that have a sophisticated and cosmopolitan air." While the New York Times described one concert as "a polished, elegantly turned performance...each work received lively, expert and musicianly treatment by this skilled and exceptionally talented chamber group." And, the Philadelphia Inquirer wrote that, "they demonstrated the sort of rapport that characterizes the very best chamber playing."

"The Borealis Wind quintet presented a program that was delightful and surprisingly affective. The quintet played it particularly well, with great lightness and lift." – Palm Beach Daily News