Purchase tickets online, or call (561) 655-2833
Free for Museum Members at the Sustaining level and above
$10 for Individual, Family and Life Members
$28 per lecture for non-members, includes Museum Admission
$150 for a Series ticket

The 27th Annual Whitehall Lecture Series brings expert historians and authors to discuss Great Engineering Feats of the Gilded Age. The significant engineering feats featured this year include: construction of the Over-Sea Railroad, the creation of the Ferris Wheel, New York's Penn Station Tunnels, the Los Angeles Aqueducts, building of the RMS Titanic, and construction of the Panama Canal. The Museum welcomes esteemed writers and historians such as: Les Standiford, Richard Weingardt, Jill Jonnes, Michael Hiltzik, Daniel Allen Butler, and Matthew Parker to Whitehall. Patrons who purchase a series ticket will also receive a bound copy of the Whitehall Lecture Series Essays.

Web visitors can now experience the Lecture Series via a live, interactive, Web seminar. On-line visitors can listen to the lecture live, see the presentation, and ask questions of the lecturer. There is no charge to join the on-line lecture. Begin by clicking on the "Join This Live Lecture" button.

Note: For first time users of the Flagler Museum's on-line room, you need to install a small, safe plug-in. When prompted please provide your first name and leave the password field blank. At the welcome page, click on the "Download Here" link. This will open a "File Download" dialogue box. Within that box, click on the "Run" button. Please be sure to configure your firewall to allow the OPAL software access to your computer and please disable your screen saver.

First Train to Paradise: The Building of the Over-Sea Railroad 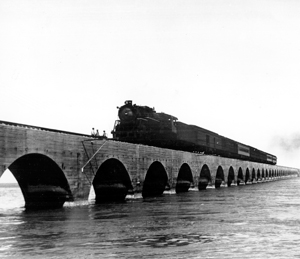 Building the Over-Sea Railroad was, and remains, the most ambitious engineering feat ever undertaken by a private citizen. Seemingly insurmountable obstacles confronted Henry Flagler during the construction of the Key West Extension of the Florida East Coast Railway. At one time during construction, four thousand men were employed on the 156 mile stretch of railroad. For nearly half the distance the railroad had to be raised over water or marshland on steel and concrete bridges. During the seven year construction, five hurricanes threatened to halt the project, three of them resulted in significant damage and loss of life. Despite the hardships, the final link of the Over-Sea Railroad was completed in 1912 and the first official train to reach Key West included Henry Flagler's private Railcar No. 91.

Les Standiford is the best-selling author of 20 books, including novels and critically acclaimed works of non-fiction, including: "Last Train to Paradise: Henry Flagler and the Spectacular Rise and Fall of the Railroad that Crossed an Ocean," and "Meet You in Hell: Andrew Carnegie, Henry Clay Frick and the Bitter Partnership that Transformed America," which was nominated for the Pulitzer Prize and the National Book Award. A native Ohioan, he is a graduate of Muskingum College and holds an M.A. and Ph.D. from the University of Utah. He is Professor of English and Director of the Creative Writing Program at Florida International University in Miami, where he lives.

"I regard [the Over-Sea Railroad] as second only to the Panama Canal in its political and commercial importance to the United States."
- Elihu Root, Secretary of State 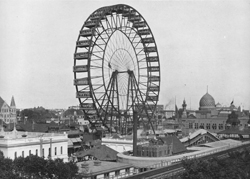 The organizers of the 1893 World's Columbian Exposition were determined to showcase the engineering prowess of America and surpass the Eiffel Tower as the most ingenious engineering feat of the time. George W.G. Ferris' plan to construct a wheel, 264 feet high with 36 cars of 60 people each, that ran on a 1,000 horse power steam engine was that engineering marvel. His wheel of steel spokes was unlike any that had come before and towered high above all else featured at the Fair. The Ferris Wheel thrust American engineering into the world spotlight and displayed a kind of innovation that had never been seen before but foretold the possibilities of the coming 20th century.

Richard Weingardt has practiced structural engineering for 50 years, and his consulting firm has completed more than 4,700 major projects worldwide.He is the author of nine books and some 600 published papers and articles on engineering, business, leadership and creativity. His latest book "Engineering Legends" features the contributions of U.S. engineers in developing this country, from the Revolutionary War to present. Weingardt has held leadership roles in numerous professional and community groups, among them National President of the American Council of Engineering Companies (ACEC) headquartered in Washington, DC. and key appointments by four governors to policy-making state boards and commissions.

A graduate of the University of Colorado with masters and bachelors degrees in civil-structural engineering, he holds an honorary Doctor of Science Degree (D.Sc) from the University of Colorado. Weingardt is an ASCE Distinguished Member and the recipient of a myriad of awards from various professional and public groups. Weingardt also teaches classes on engineering design, engineers and society, and the ramifications and prevention of structural failures.

Conquering Gotham: Building a Railroad Under the Hudson River 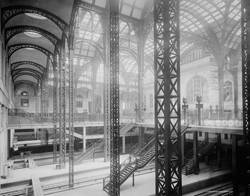 Alexander Cassatt, President of the Pennsylvania Railroad, set out in 1901 to accomplish an engineering project so bold it would change the engineering world forever. Thought by many to result in certain disaster, Cassatt and his team had devised a plan to build a system of tunnels under the river into Manhattan. Completing this tunnel system under the mile-wide Hudson River would not only require grueling physical labor, but mucking through the convoluted politics of New York.

Jill Jonnes is the author of five books, including her trilogy of critically acclaimed Gilded Age engineering epics "Conquering Gotham: Building Penn Station and Its Tunnels," "Empires of Light: Edison, Tesla, Westinghouse and the Race to Electrify the World," and "Eiffel's Tower: The Thrilling Story Behind Paris's Beloved Monument and the Extraordinary World's Fair That Introduced It." 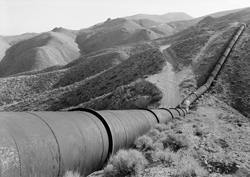 Michael Hiltzik is a Pulitzer Prize-winning journalist and author who has covered business, technology, and public policy for the Los Angeles Times for 20 years. In that time he has served as a financial and political writer, an investigative reporter, and as a foreign correspondent in Africa and Russia. He currently serves as the Times business columnist. His books include "Colossus: Hoover Dam and the Making of the American Century," "The Plot Against Social Security," and "Dealers of Lightning: Xerox PARC and the Dawn of the Computer Age."

Mr. Hiltzik received the 1999 Pulitzer Prize for articles exposing corruption in the entertainment industry. Among his other awards for excellence in reporting are the 2004 Gerald Loeb Award for outstanding business commentary and the Silver Gavel from the American Bar Association for outstanding legal reporting. A graduate of Colgate University, Mr. Hiltzik received a master of science degree in journalism from the Graduate School of Journalism at Columbia University in 1974. 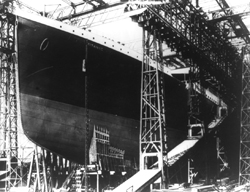 Launched in 1912 by White Star Line as an answer to the fierce competition for most majestic vessel, the RMS Titanic was the second of three passenger steamships meant to rule the oceans. The Titanic stretched nearly 100 feet longer than its competition, was about 12,000 tons larger, and could

accommodate more than 3,000 passengers. Its frame was made of steel and its design was innovative, including water-tight compartments seen as an improvement over previous designs. The Titanic is the best known steamship ever built and a fascinating example of engineering achievement of the Gilded Age.

Daniel Allen Butler is the author of nine books of military and maritime history, including: “Unsinkable”: The Full Story of RMS Titanic," and "The Other Side of the Night: the Carpathia, the Californian, and the Night the Titanic was Lost." Butler was educated at Hope College, Grand Valley State University, and the University of Erlangen, and spent eight years as an officer in the United States Army, serving in the Infantry and with US Army Intelligence.

Panama Fever: The Battle to Build the Canal 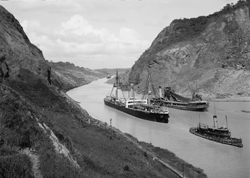 Perhaps the most highly celebrated engineering triumph; the Panama Canal was celebrated in 1915 Panama Pacific World's Fair advertisements as The Thirteenth Labor of Hercules. The construction of the Canal required more than 75,000 workmen from all over the world. The project took more than 10 years to complete at an estimated cost of $375 million.

Matthew Parker was born in Central America and spent part of his childhood in the West Indies where he acquired a life-long fascination with the history of the region. A first-class graduate of Oxford University, he has worked as a writer, editorial consultant, and as a contributor to history television projects. His books include "Monte Cassino," "Panama Fever: The Battle to Build the Canal," and most recently "The Sugar Barons: Family, Corruption, Empire and War in the West Indies.”