Purchase tickets online, or call (561) 655-2833
Free for Museum Members at the Sustaining level and above
$10 for Individual, Family and Life Members
$28 per lecture for non-members, includes Museum Admission

The 28th Annual Whitehall Lecture Series welcomes best-selling authors to discuss Presidents of the Gilded Age. There will be a book signing with the author after each lecture. Presidents to be discussed this year include: Grant, McKinley, Garfield, Cleveland, and Hayes.

Web visitors can now experience the Lecture Series via a live, interactive, Web seminar. On-line visitors can listen to the lecture live, see the presentation, and ask questions of the lecturer. There is no charge to join the on-line lecture. Begin by clicking on the "Join This Lecture Live" button.

Note: For first time users of the Flagler Museum's on-line room, you need to install a small, safe plug-in. When prompted please provide your first name and leave the password field blank. At the welcome page, click on the "Download Here" link. This will open a "File Download" dialogue box. Within that box, click on the "Run" button. Please be sure to configure your firewall to allow the Talking Communities software access to your computer and please disable your screen saver.

The President and the Assassin: The Assassination of President McKinley at the Dawn of the Twentieth 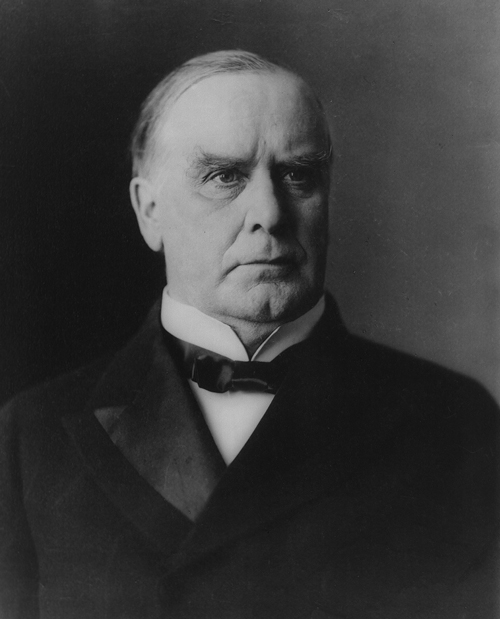 The Pan-American Exposition, held in Buffalo, New York in 1901, became the stage for the startling assassination of President William McKinley, by an anarchist. At the time, the United States was undergoing a cultural transition from agrarian to industrial and extending its influence worldwide. One day after President William McKinley addressed the crowd gathered at the Fair, extolling technology and industrial advancement, he was assassinated by a first-generation immigrant, who was a dismayed factory worker and anarchist.

Scott Miller is the author of The President and the Assassin: McKinley, Terror and Empire at the Dawn of the American Century. As a correspondent for the Wall Street Journal and Reuters, Mr. Miller spent nearly two decades in Asia and Europe, reporting from more than twenty five countries. His articles have also appeared in The Washington Post and the Far Eastern Economic Review, among others. He has been a contributor to CNBC and Britain's Sky News.

No Businessman: How President Grant Saved the Economy but Lost His Own Shirt 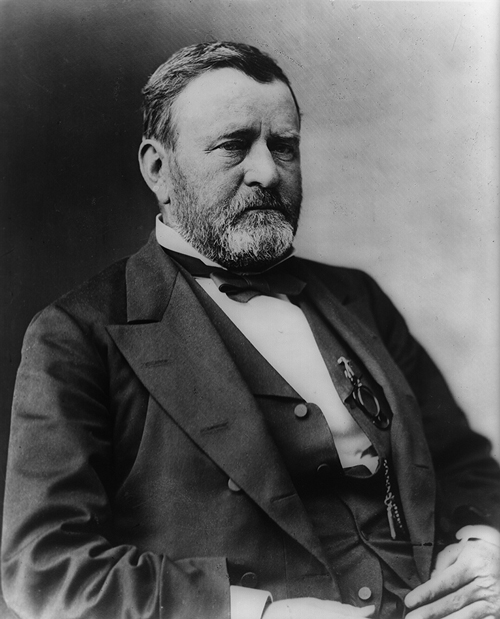 A decorated war hero, Ulysses S. Grant was the U.S. Army's first four-star general and the first Gilded Age President to serve back-to-back terms. Though he struggled as a young cadet, Grant returned to the military after a string of civilian business failures. His successes on the battle field brought him a wave of popularity that swept him into the Presidency in 1868. Credited with maintaining stability in the era of Reconstruction and for fostering the continued unity of the nation, he is perhaps most remembered for his second term which was marred by financial scandals and an ineffective cabinet. In 1885, Grant died nearly broke, as a victim of a swindle. His memoirs were published posthumously by friend and literary giant, Mark Twain.

Jean Edward Smith is a senior scholar in the History Department at Columbia University and professor emeritus of political science at the University of Toronto. He is the author of Grant, a 2002 Pulitzer Prize finalist, as well as biographies of General Lucius D. Clay (1990), John Marshall (1996), Franklin D. Roosevelt (2007), and most recently, Dwight D. Eisenhower (2012). FDR, his biography of Roosevelt, won the 2008 Francis Parkman Prize of the Society of American Historians for the best nonfiction book on an American theme published the previous year. He is presently at work on a biography of George W. Bush.

The Dark Horse: The Surprise Election and Assassination of President Garfield 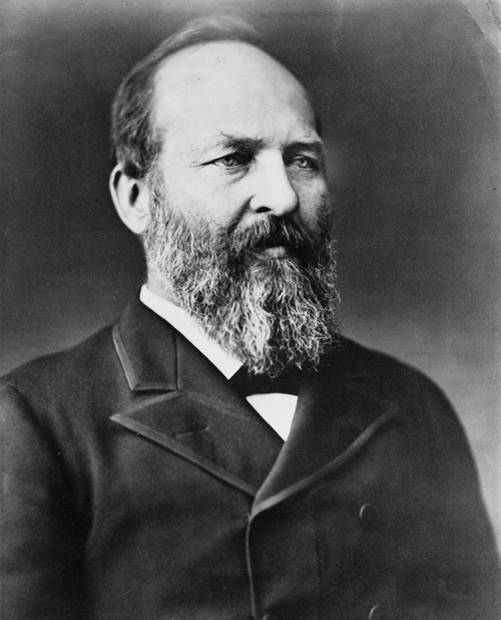 James Garfield was not one of the top three contenders for the Repulican Candidate for President.  However, following a long and drawn out Republican convention in 1880, Garfield, a former state senator and revered war general, was nominated after 36 rounds of voting, the Party's candidate for President. Garfield went on to win the popular vote by the narrowest of margins. After serving as President only a few months, President Garfield was shot by Charles Guiteau, a mentally ill and unsuccessful applicant for a Presidential appointment. President Garfield would likely have survived the shooting, except for the unsanitary practices of his physicians who refused to believe Lister's findings regarding germs and hygiene. Garfield's assassination marked the beginning of a new era in American politics and partisanship.

Ken Ackerman is a writer and attorney living in Washington, D.C. Ackerman practices law in Washington at Olsson, Frank, Weeda Terman, & Matz PC. He served as legal counsel to two committees of the United States Senate: Governmental Affairs (1975-1981) under then-Senator Charles H. Percy of Illinois, and Agriculture, Nutrition, and Forestry (1988-1993) under its then-Chairmen Senator Patrick Leahy of Vermont. During the administration of President Bill Clinton, he headed the U.S. Department of Agriculture's Federal Crop Insurance Corporation (1993-2001). Earlier, he held various legal positions at the U.S. Commodity Futures Trading Commission. He has authored a number of books, including: The Gold Ring, Dark Horse, Boss Tweed, and Young J. Edgar.

The President is a Sick Man: President Cleveland's Secret Surgery 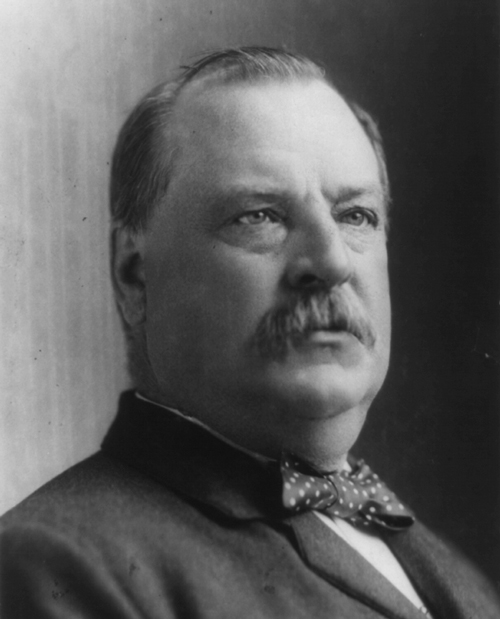 Sworn into his second term as President just months before, President Grover Cleveland disappeared from public view for five days. Cleveland had been diagnosed with the dread disease, cancer. In the midst of the Panic of 1893, the President insisted on total secrecy in order to insure the Country's financial stability. A team of top physicians and surgeons was assembled, boarded the Oneida, a friend's yacht, and headed toward open water to perform the surgery to remove the cancer. The story was picked up by well-respected journalist, E.J. Edwards. What followed was a successful campaign by Cleveland's supporters to deny and discredit Edwards' story..

Matthew Algeo is an award-winning author who enjoys writing about unusual and interesting events in American history. Algeo has reported from four continents, and his stories have appeared on some of the most popular public radio programs in the United States. His previous book, Harry Truman's Excellent Adventure, tells the story of a road trip that Harry and Bess Truman took by themselves shortly after leaving the White House. It was named one of the best books of 2009 by The Washington Post. Algeo lives in Ulaanbaatar, Mongolia.

Fraud of the Century: The Election of President Hayes 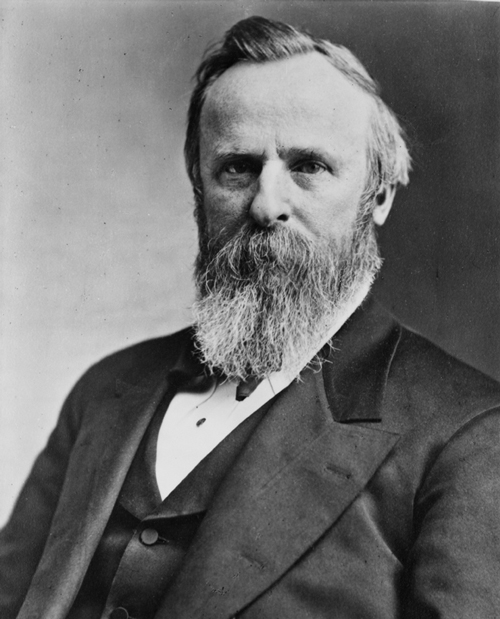 Set in the centennial year of the United States, the 1876 Presidential election was one of the most dynamic and powerful elections in American history. Embroiled in claims of corruption and controversial legality, the contest between Rutherford B. Hayes and Samuel Tilden nearly sparked a civil war among political parties. The older, more politically experienced Tilden, received the popular vote and was known as an intellectual politician. However, it was Hayes, the more practical politician, who eventually took the oath of office, after an exhaustive recount of the electoral vote. The battle for the presidency of 1876 depleted Tilden's personal and political spirit and dampened Hayes' political reputation on both sides of the political aisle.

Roy Morris Jr. is a former newspaper reporter and political writer. Morris was founding editor of America's Civil War for 13 years before assuming his current post as editor of Military Heritage in 2004. He has also served as a consultant for the A&E television network and the History Channel, and edited a three-book series for Purdue University Press on Civil War and post-Civil War history, culture, journalism and literature. Morris is also the author of six well-received books on 19th-Century American history and literature, including: Lighting Out for the Territory, The Long Pursuit, Fraud of the Century, The Better Angel; Ambrose Bierce, and Sheridan. His seventh book, Declaring His Genius, will be published by Harvard University Press in December 2012.