Web visitors can now experience the Lecture Series via a live, interactive, Web seminar. Online visitors can listen to the lecture live, see the presentation, and ask questions of the lecturer. There is no charge to join the online lecture. Begin by clicking on the "Join This Lecture Live" button. 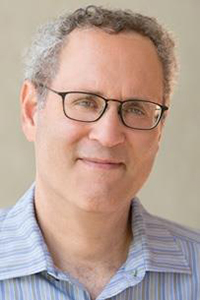 While a President's Constitutional powers includes the power to veto bills and nominate Supreme Court Justices, Presidents also enjoy a powerful forum they have often used for social and political responses that have influenced judicial decisions and opinions. Michael Gerhardt will discuss the legacies and Constitutional influence of several Gilded Age Presidents.

Michael Gerhardt is Samuel Ashe Distinguished Professor of Constitutional Law at UNC School of Law. He specializes in constitutional conflicts and has been active as a special counsel, scholar, adviser, expert witness, and public commentator on all the major conflicts between presidents and Congress over the past quarter century. Professor Gerhardt's extensive public service has included advising congressional leaders and White House officials on numerous constitutional issues, including judicial nominations, recess appointments, impeachment, health care reform, the filibuster, and the debt ceiling crises.

Plessy v. Ferguson: How the Legal Basis for "Separate but Equal" was Established 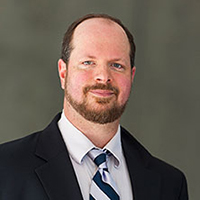 Backed by the Committee of Citizens, in 1892 Homer Plessy defied Louisiana's Separate Car Act by boarding a train car reserved for whites only. The case eventually made its way to the Supreme Court, which upheld Louisiana's statute and the doctrine of "Separate But Equal." Author and professor Williamjames Hull Hoffer will discuss the various factors that lead the Supreme Court to uphold the doctrine of "Separate But Equal" as Constitutional.

Williamjames Hull Hoffer teaches a number of subjects including legal, economic and military history all with a view towards understanding how governments change and are affected by change with a focus on the United States. As both a lawyer and historian, he combines a number of different techniques not necessarily to find answers, but to start asking good questions. He brings this perspective to his research as well, which concentrates on political and legal history in the modern U.S.

In 1922 the United States Supreme Court ruled unanimously that only one industry in America would be left unaffected by the antitrust laws of the time. In an opinion authored by Chief Justice Oliver Wendell Holmes, baseball was given an exemption from the antitrust laws of the late 19th and early 20th centuries despite that fact the business of baseball seemed to fit the very definition of Interstate Commerce. Author and professor Nathaniel Grow will examine Anti-Trust legislation the Baseball Ruling within the context of the time.

Nathaniel Grow is an Associate Professor of Legal Studies at the Terry College of Business. His research interests include both the application of federal antitrust and labor law to the professional sports industry, as well as U.S. patent law. The author of 14 law review articles, his work has appeared in -- or been accepted for publication by -- a number of leading journals including the American Business Law Journal, Harvard Journal of Sports and Entertainment Law, Tulane Law Review, U.C. Davis Law Review, and Washington & Lee Law Review. Professor Grow is also the author of "Baseball on Trial: The Origin of Baseball's Antitrust Exemption," an award-winning, book-length history of the U.S. Supreme Court's 1922 decision in the case of Federal Baseball Club of Baltimore v. National League, the lawsuit that gave rise to professional baseball's infamous antitrust exemption.

How the 16th Amendment and the Federal Reserve Act Changed America

The early 20th Century was a time of great change in America's financial system. In the absence of a central bank, J.P. Morgan was called upon to bail out the U.S. Government and save the Nation from financial panic. And, though the Supreme Court has once ruled that a Federal Income Tax was unconstitutional, in 1913 a Constitutional Amendment and an Act of Congress changed everything. John Steele Gordon will discuss the effects of the Federal Reserve Act and the 16th Amendment on America's economy and government.

John Steele Gordon was born in New York City to a family long associated with the city and its financial community. Both his grandfathers held seats on the New York Stock Exchange. He was educated at Millbrook School and Vanderbilt University.

After college he worked as a production editor for Harper & Row (now HarperCollins) for six years before leaving to travel, driving a Land-Rover from New York to Tierra del Fuego, a nine-month journey of 39,000 miles. This resulted in his first book, Overlanding.

After returning to New York he served as staff member for Congressmen Herman Badillo and Robert Garcia. He has been a full-time writer for the last twenty years writing seven more books, mostly focused on the history of finance and the American economy - The Scarlet Woman of Wall Street, Hamilton's Blessing, The Great Game, The Business of America, A Thread Across the Ocean, Empire of Wealth, and his most recent book Washington's Monument.

He has also written many articles, Forbes, Worth, the New York Times and The Wall Street Journal, the Washington Post, and Outlook. He is a contributing editor at American Heritage, for which he has written the "Business of America" column since 1989. He is also a frequent commentator on Marketplace, Business Center and Squawk Box, and The News Hour with Jim Lehrer on PBS.

Clarence Darrow: The Legal Practice of an Infamous Attorney and American Iconoclast

During his storied career, Clarence Darrow defended corporations and individuals alike and is remembered as a fierce orator and crafty defense attorney. However, his reputation was repeatedly called into question during the most high-profile cases of his career. Author and professor, Andrew Kersten, will discuss the legal practices of Darrow, as seen through his most widely-publicized trials.

Andrew Kersten is the Dean of the College of Letters, Arts, and Social Sciences at the University of Idaho. He has been at UI since 2014. Previously, he was a faculty member, department chair, and associate provost at the University of Wisconsin-Green Bay. As a faculty member, he taught courses in U. S. History and courses in the interdisciplinary program, Democracy and Justice Studies. He researches and writes about American history since Reconstruction. His books include an investigation of President Franklin D. Roosevelt's Fair Employment Practice Committee (Race, Jobs, and the War, 2000), a history of the American Federation of Labor during World War II (Labor's Home Front, 2006), a biography of labor and civil rights leader A. Philip Randolph (A Life in the Vanguard, 2006), and a biography of the famous defense lawyer Clarence Darrow (Clarence Darrow: American Iconoclast, Hill and Wang, 2011). His other professional passions include public history, interdisciplinarity, international education, inclusive excellence, and innovative curricula.